From Underwater Pumping to Crystallization

This stage is the first and primary milestone in salt production. It entails diligent management, control, and monitoring of the flow of water and of the system of evaporation ponds. Seawater, the sole raw material in the production process, is pumped and sent to the upper evaporation ponds. Water flows from these ponds down a natural inclination, with precise monitoring of the concentration of salt in the solution, through a series of ponds, to the crystallization ponds. In this stage the company focuses on:

As part, of its sustainability philosophy, Salt of the Earth considers managing its impact on the environment as highly important. The Company promotes management of environmental aspects in salt production and processing, as well as product marketing, with emphasis on sustainable management of water resources in the pumping process, increasing efficiency, and energy conservation, minimizing water consumption and waste, recycling of raw materials and preservation of biodiversity in the areas in which it operates. The Company measures and monitors its consumption of materials and resources, in order to save and reduce consumption levels, while maximizing and handling byproducts responsibly

2. Conservation of Biodiversity, with Emphasis on Water Birds and Fish

Salt of the Earth acknowledges the value of the extensive and unique biodiversity in its areas of activity and is meticulous in its efforts to protect it.  At the same time, the Company promotes practical dialogue and the creation of shared value with relevant stakeholders such as the Society for the Protection of Nature in Israel, Nature and Parks Authority, and the Eilat Bird-Watching Center.

3. Expanding the Circles of Influence on Civil Society Organizations

As part of the effort it invests in preserving the biological diversity unique to the salt ponds, Salt of the Earth cooperates with the Society for the Protection of Nature in Israel (SPNI), Nature and Parks Authority, and leading experts, in preserving the bird population around its Atlit and Eilat sites 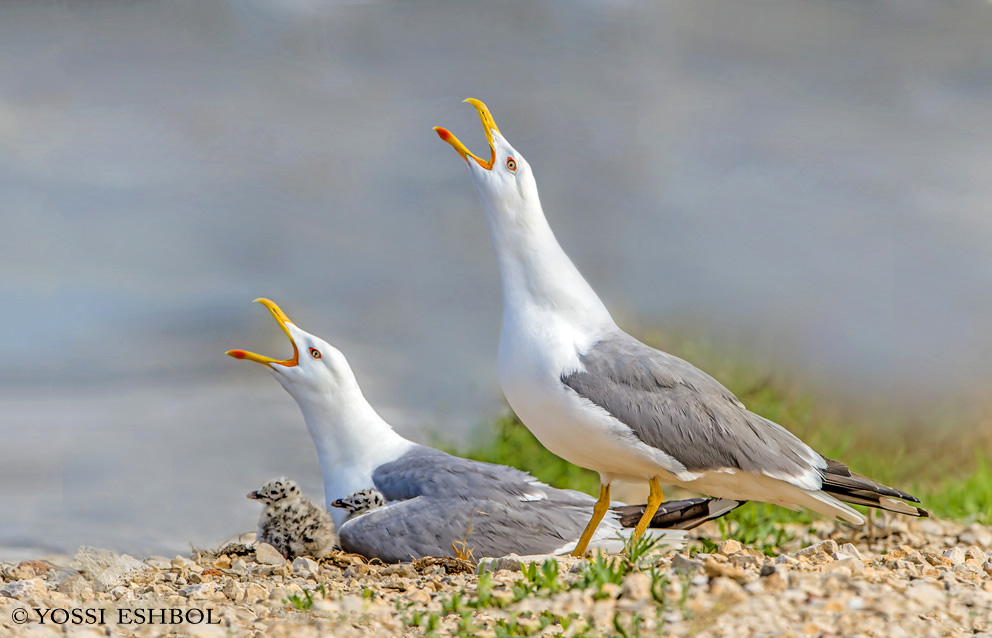 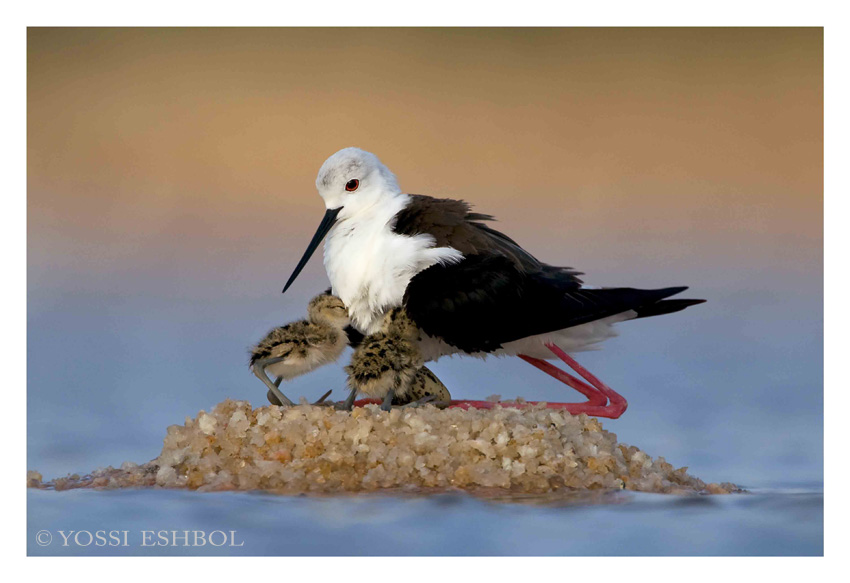 From Pyramid to Saltshaker

From salt collection to packaged product

The salt processing stage is the second milestone in the overall value chain. Salt is collected from crystallization ponds and is subsequently rinsed, dried, and sifted in a process designed to guarantee maximal quality on a series of production lines. Parts of the produced salt are enriched with iodine, potash, and other natural additives, providing it with functional health qualities to match diverse client preferences. Once its quality has been controlled, salt is packaged and stored for distribution to various destinations. In this stage the company focuses on:

Salt of the Earth considers managing the human resource and promoting a working environment that is equal, respectful, rewarding, and contributes to personal and business growth as a key value. The Company works to ensure its employees’ safety and wellbeing promotes employment stability through training and holds dialogues with every employee from day one to retirement. Respectful of human rights and its employees’ needs, the Company welcomes anyone who enters its gates, regardless of gender, sector, ethnic origin, or social background. The Company does not practice illegal forced or child labor.

Salt of the Earth believes that instilling a culture of occupational safety in production and employment environments is of supreme importance. Accordingly, the Company complies with the OSHAS 18001 safety standard. In this framework, we conduct periodic surveys of the work environments to ensure that legal requirements are met and to identify health and safety risk factors.

Salt of the Earth views the quality of its products and services as a key value. The Company also attaches importance to the employees’ professionalism and the need for appropriate training at all work positions, in an effort to produce high-quality products and optimally respond to customers’ needs. Company management is particularly focused on the development, realization, and improvement of its effective quality management systems, in an effort to increase customer satisfaction by meeting their requirements and expectations. 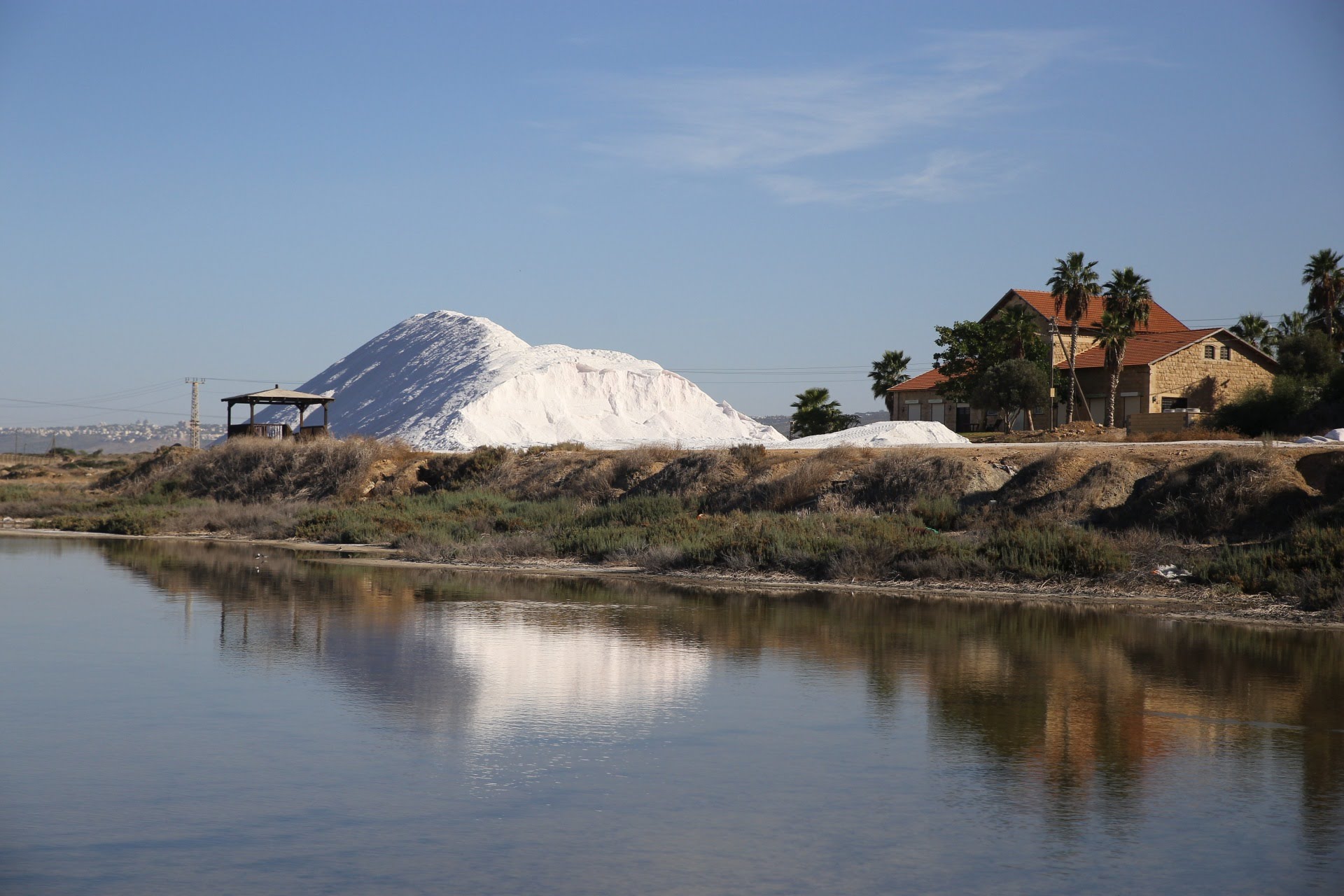 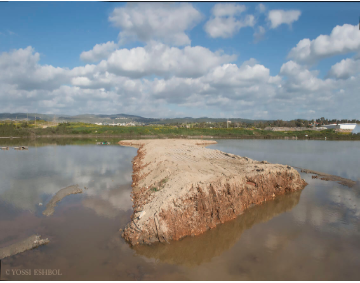 Salt for Life on Earth

Developing a  Salt Culture and Changing the Consumption Mix

This third stage is the apex of salt’s value chain. It is at this stage that consumers and clients first encounter Salt of the Earth through its marketed products:

Salt of the Earth procures goods and services to maintain continuously high-quality business activities. Procurement officers are responsible for monitoring and contracting suppliers at the Company’s sites. As part of the Company’s quality management, suppliers and subcontractors are selected and contracted in an orderly and structured process and according to relevant procurement procedures. Suppliers are selected following a rigorous, structured process, and are contracted in accordance with the rules set by the Company, which include having relevant licenses and permits, being recommended by other customers, collecting general information about the supplier’s activity and financial robustness as well as relevant safety statements. Suppliers are contracted after setting the professional requirements, service or product, contacting potential suppliers and conducting a uniform, impartial negotiation with the selected suppliers. Suppliers are selected and contracted after the Company has considered the suppliers’ quality, costs, background, and record of meeting deadlines.

Salt of the Earth promotes balanced and proper salt consumption in accordance with global nutrition trends, research on the subject, and the Israeli Ministry of Health reform on food product labeling.

Salt of the Earth strives to provide a comprehensive and relevant offering to its customers, with significant added value. The Company adheres to responsible marketing practices for its products, including providing helpful and relevant information to consumers and listening to the needs of various customer groups through dialogue with and management of customer inquiries.

5. Maintaining Good Neighborly Relations with the Local Community and Population Living Near the Plants

Salt of the Earth recognizes the importance of fostering relations with the local community and the population that resides in the proximity of its plants in order to maintain good neighborly relations, which are critical for business continuity. The effort is expressed in the planning and building processes of the plants and the Company’s community outreach efforts, which it considers both a duty and a privilege. 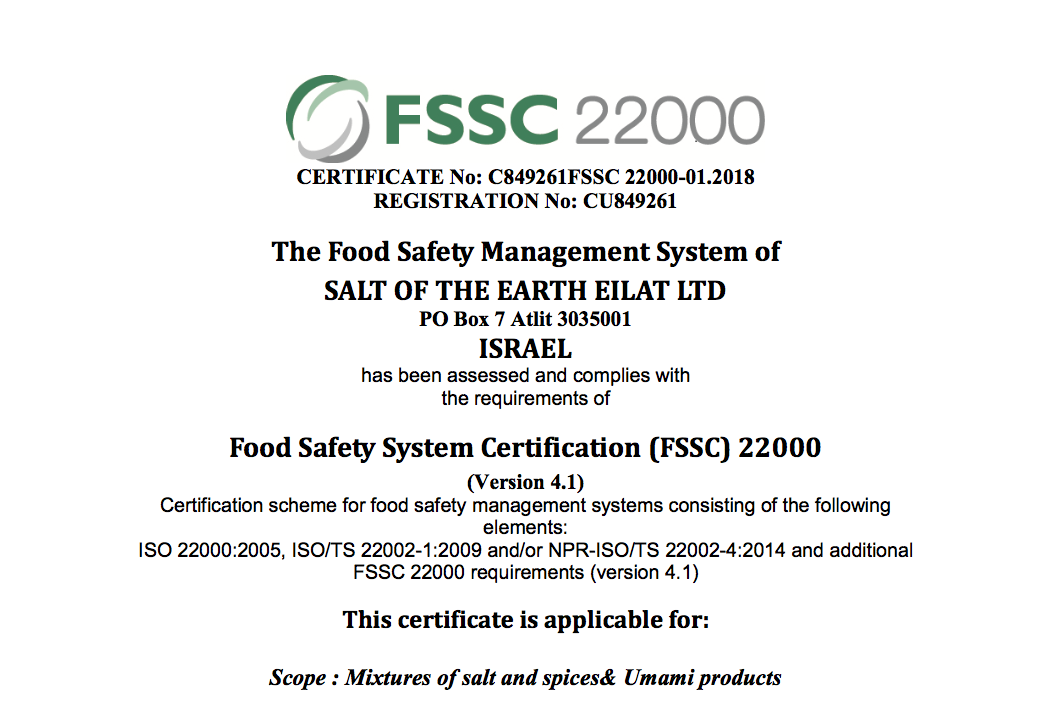 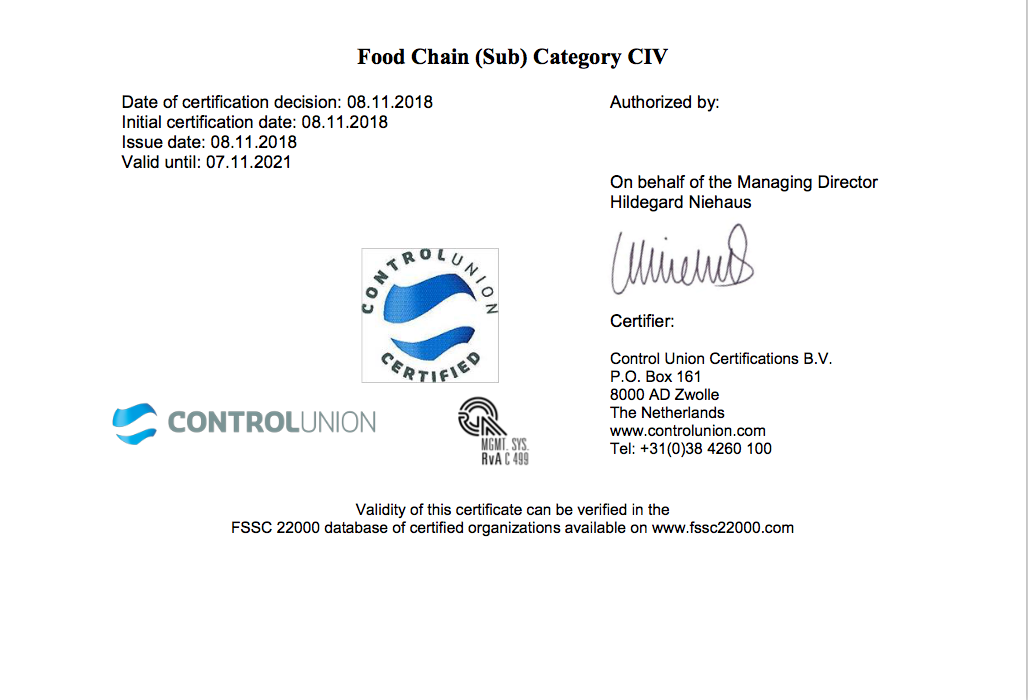 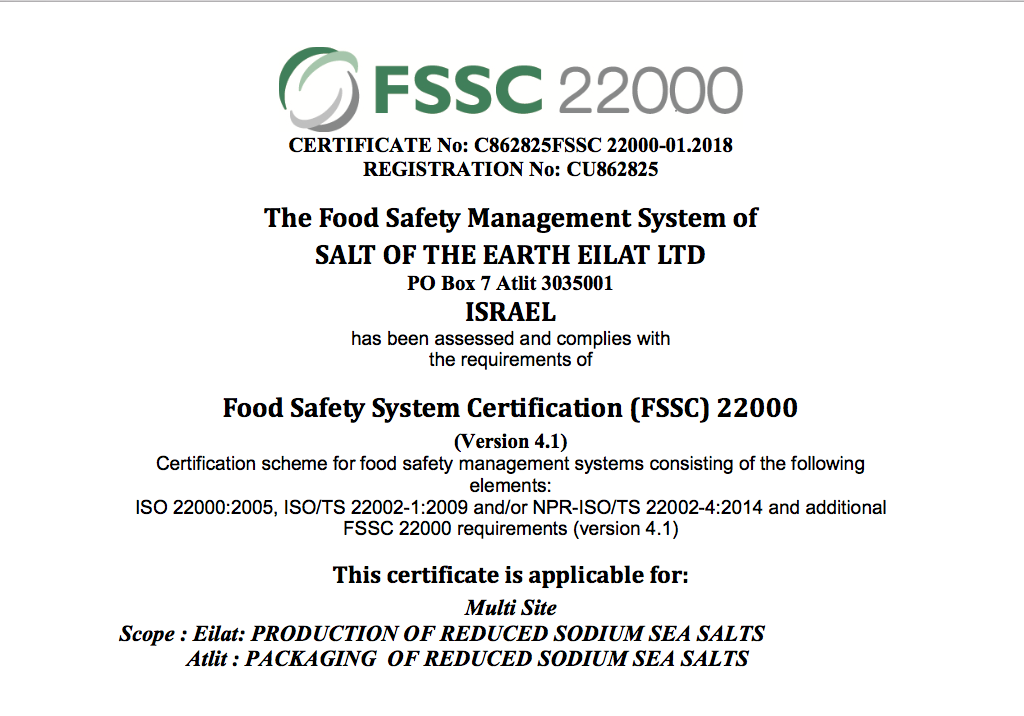 Salt of the Earth Acts to Protect Waterfowl

Salt of the Earth Ltd. has implemented an extensive program to protect waterfowl of all species in its salt pools.

The company also created a program to increase awareness of waterfowl protection. Since the program has started, the population of little terns (Sterna albifrons) has more than tripled.

Salt of the Earth’s current environmental initiative is being conducted in collaboration with multiple nature conservation bodies in Israel, including the Israel Nature and Parks Authority and the Society for the Protection of Nature in Israel. The company already has invested more than NIS1 million in its waterfowl protection efforts.

Salt of the Earth produces salt in a natural process using solar and wind energy, leaving a minimal ecological footprint.

The salt pools – Ecological habitat for waterfowl in israel

The salt pools based in Atlit and Eilat offer a unique ecological habitat for many species of waterfowl, including migratory birds that depend on the ponds for their existence. Millions of birds traverse Israel each year, especially during spring and autumn. For many of these birds, the primary breeding ground is in Israel and is the only place where they can reproduce.

Salt of the Earth designated a specific island of nature reserve in the heart of the salt ponds. Fences were constructed to deter predators from infiltrating the nesting areas. This ground serves as a protected nesting colony for hundreds of endangered seagulls and little terns that previously had been in real danger of extinction. Threats to the birds came from predators such as jackals, foxes, and dogs able to access their previous nesting areas.

As a side benefit, the protected islands also solved serious flooding problems caused by rising water levels in the salt ponds, which took a severe toll upon the population of the little terns. Before these efforts, the terns’ population had dwindled to a perilous low of just 300 pairs.

Today, the nesting areas nurtured by Salt of the Earth have increased, allowing the population of little terns to experience its impressive growth. Joining the colony are droves of flamingos, previously not regular visitors to Israel. The pink aquatic birds can be seen wading in the pools throughout the year. The company has installed observation cameras in nesting areas for continued research and monitoring.

Within the framework of the project, bird-watching tours are being offered for the first time under the guidance of the Society for the Protection of Nature in Israel. 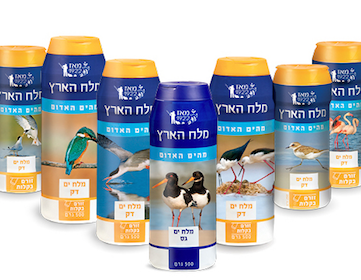 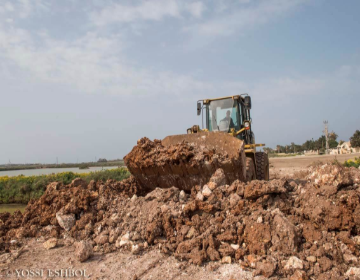 Through all stages in the life cycle of salt, Salt of the Earth is committed to act with integrity, reliability, and professionalism, and to provide a positive encounter with every client, while creating long-term partnerships and thereby realizing the company’s vision: SALT FOR LIFE ON EARTH.